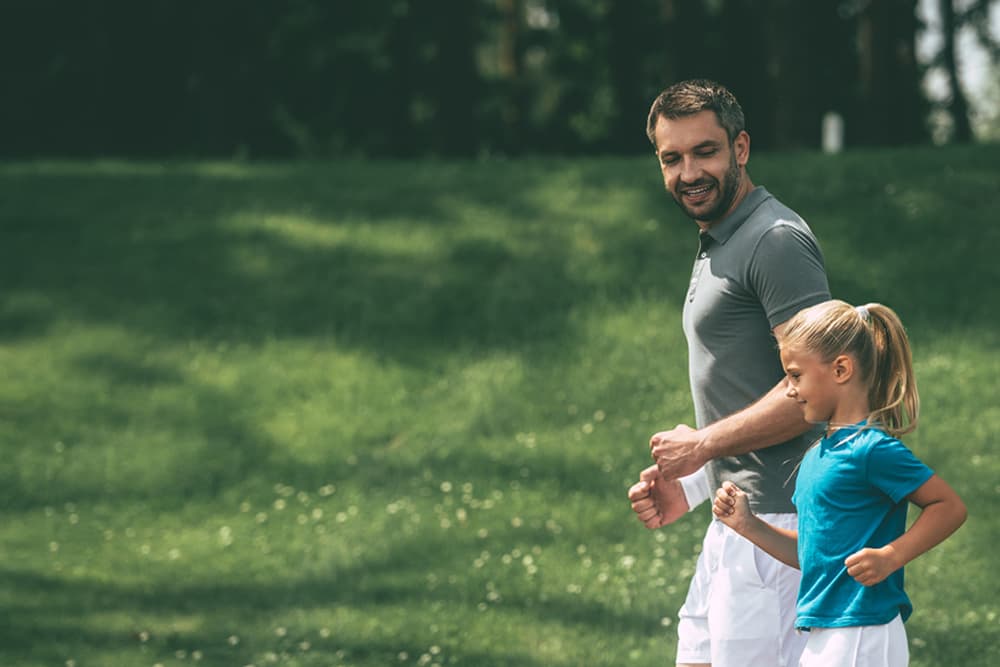 Is there something that we can do to prepare our bodies and minds for the end-time crisis bearing down on our world?

Hollywood has conditioned us to believe that to survive an apocalyptic crisis we need to be superheroes with hulking bodies or geniuses capable of cracking sophisticated codes—or maybe one of their friends!

If that’s what it will take to survive the end-time crisis ahead, few of us have the bodies, the minds, or the connections to make it!

Thankfully, that’s not what the Bible portrays. By examining the stories of Bible characters who survived great crises, we find principles that will help average people like you and me to survive as well. The story of Daniel and his three friends who were taken into Babylonian captivity seems especially relevant for those who will face the mark of the beast crisis.

Because they were from the Jewish royal line, the Babylonian king wanted these four young men to join his team of “wise men.” Surrounded by idolatry, they had to choose either obedience to the king or death. But they wouldn’t compromise, and God intervened to save them as witnesses for His truth and power. See Daniel, chapters 1–3.

On arrival in Babylon, the Jewish captives were given food from the king’s table—no doubt contrary to their lifestyle principles (Leviticus 11). Daniel 1:8 records that Daniel “purposed in his heart that he would not defile himself with the portion of the king’s meat, nor with the wine which he drank.” His three friends joined him in this resolve.

The character trait they demonstrated is known as self-control—“restraint exercised over one’s own impulses, emotions, or desires.” Self-control is essential to the Christian walk. “Do you not know that those who run in a race all run, but one receives the prize? …And everyone who competes for the prize is temperate in all things. Now they do it to obtain a perishable crown, but we for an imperishable crown.” 1 Cor. 9:24, 25, NKJV.

The Need for Self-control

Psychologists now recognize that a lack of self-control is central to most of the personal and social problems that plague our societies—crime, relationship struggles, underachievement, and financial problems, as well as health issues such as sexually transmitted diseases, heart disease, type 2 diabetes, stroke, drug addiction, and alcoholism. 1

On the other hand, people with high levels of self-control experience better health, greater satisfaction in their lives, and the ability to take responsibility for their actions.2 Self-control is vital to optimal mental, physical, and spiritual health.

But what if you don’t feel very strong on the “self-control” front? Here’s the good news! Self-control comes from having the Holy Spirit in our lives as we give ourselves to God. Gal. 5:22, 23. The Holy Spirit then cooperates with us and guides us to make lifestyle choices that can strengthen our ability to practice self-control.

Because self-control takes place in the frontal lobe of the brain, we need to keep this part of our brain in good working order. Let’s explore some brain-boosting lifestyle choices that can strengthen our frontal lobe and our self-control.

Because of self-control, Daniel and his friends were able to say no to the king’s wine and meats and choose foods that would nourish their bodies and minds, as well as maintain a pure conscience before God.

Their decision resulted in more than physical health. God honored them by giving them “knowledge and skill in all learning and wisdom.” Dan. 1:17. When the king tested them, “he found them ten times better than all the magicians and astrologers that were in all his realm.” V. 20. Our minds don’t only determine our dietary choices. Our dietary choices determine the strength of our minds!

People today still talk about the “Daniel Diet”—a completely plant-based diet. How does this diet impact our ability to have self-control?

The food we eat has a powerful impact on brain function. A diet of plant foods, particularly grains, beans, nuts, and seeds, increases beneficial brain chemicals that regulate our moods and help us control our impulses.3 These were largely the childhood foods of Daniel and his friends, and the ones they requested.

On the other hand, the foods that were on the king’s table, like meat and wine, fuel inflammation and negatively impact mood.4  Other “brain drains” are corn syrup, sugar, refined foods, and margarine.5 Researchers suspect that caffeine may also suppress the brain’s ability to regulate our moods.6

Exercise increases circulation to the brain, lowers inflammation, decreases stress hormones, grows new brain cells, and thickens the cerebral cortex,7 the part of the frontal lobe that houses the will, our decision-making processes, and our self-control—all things that make up our moral character. Exercise also helps boost our mood regulators.8

Though they aren’t sure why, scientists have also found that regular physical activity seems to boost the ability to delay gratification—another important aspect of self-control.9

Did you know that pulling an “all-nighter” or losing even a couple of hours of sleep here and there over time can have a similar or worse impact on the brain than being drunk?10 The various stages of sleep are extremely important for brain rejuvenation. When we are sleep-deprived, frontal lobe activity slows down, preventing us from making good decisions and having optimal use of our executive functions.11 Lack of sleep also causes greater emotional responses in the brain and lowered capacity for self-control.12 Aim for seven to nine hours of sleep each night for optimal brain function.

Stressful situations like encountering a hostile coworker or an angry dog sets us up for emergency mode, decreasing all unnecessary functions. Stress hormones send messages to our bodies that help us act reflexively. The amygdala, or the emotional center of the brain, is heightened, suppressing the frontal lobe. This means that self-control is suppressed too.13

Scientists found that people who showed this kind of brain activity under stress made unhealthy choices instead of healthier ones. This might explain why people who are chronically stressed find it hard to form healthy habits.

If you’re struggling with self-control, check your stress levels. Set healthy boundaries, manage your time wisely, and provide yourself with opportunities for rest and recreation.

A Mind Prepared for Crisis

Daniel and his three friends all faced decrees to either worship heathen deities or lose their lives. They chose to only honor and worship God, despite the consequences. In the final crisis of earth’s history, God’s people will be faced with decrees to worship the beast. See Revelation 13 and 14. Do you have what it takes to be faithful to God in the face of persecution and possible death? 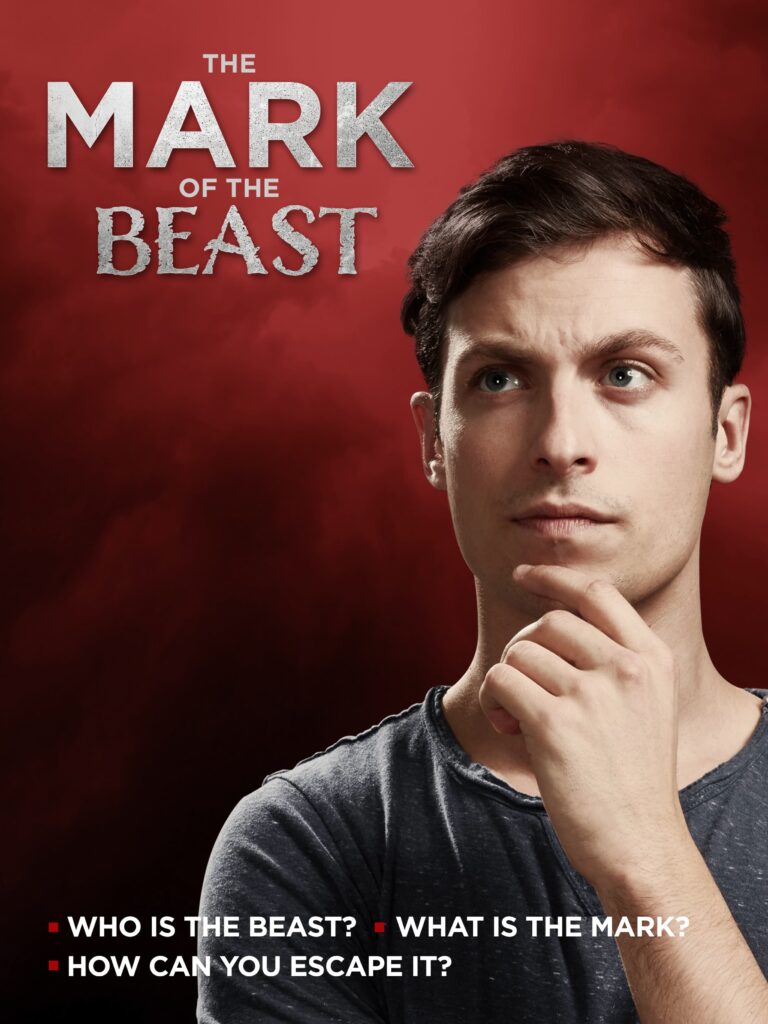 Sabrina Petersen is a certified plant-based nutritionist through the American Fitness Professionals Association. For additional resources, we recommend the Optimize Your Brain program from optimizeyourbrain.com.