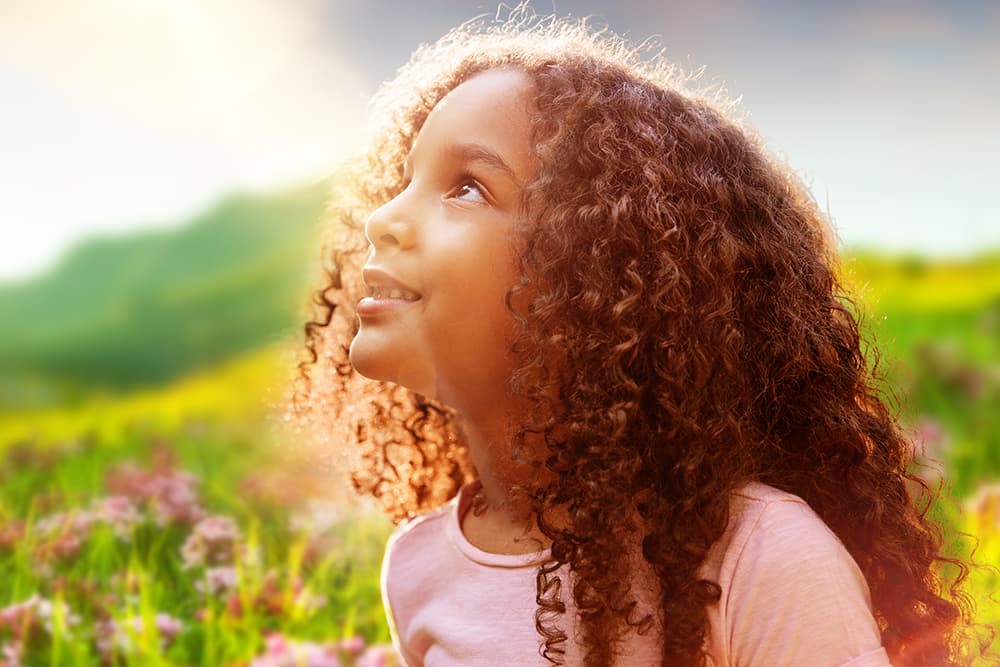 The Promise of the Ages

“I will come again and receive you to Myself; that where I am, there you may be also.” John 14:3

A father and his nine-year-old daughter were playing in the ocean when suddenly the tide began to go out, and they became separated by some distance. With the tide running so strongly against him, the father knew his only hope in reaching his daughter was to find help quickly.

“Float and swim quietly,” he called. “Don’t panic. I’ll be back to get you.” Then he rushed off to find a boat and some help.

By the time the rescue team set out, the strong tide had swept the little girl far out to sea. When they finally found her, she was calmly floating and swimming as her father had instructed.

Later, news reporters swarmed around the little girl, asking how she could remain so calm and keep afloat so far out at sea.

“My daddy told me that he would come back. I knew he would come, so I wasn’t afraid. I did what he told me to do, and I was alright,” she replied.

Confidence in her father’s promise and obedience to his word saved her life.

Before He ascended to heaven, Jesus promised His followers that He would return. He left us specific instructions in His Word as well as the example of His life to follow. If we trust and obey Him, we will be safe until He returns. Let’s look at what the Bible says about Christ’s second coming.

The Significance of Christ’s Second Coming

John 14:1–3  Let not your heart be troubled; you believe in God, believe also in Me. In My Father's house are many mansions [rooms]; if it were not so, I would have told you. I go to prepare a place for you. And if I go and prepare a place for you, I will come again and receive you to Myself; that where I am, there you may be also.

Like a Hebrew man who temporarily left his bride-to-be to prepare a home for her before their wedding, so Jesus has left Earth only temporarily. He will return to take His people to live with Him forever.

2. Christ’s second coming marks the beginning of what important process?

Acts 3:21  [Speaking of Jesus] Whom heaven must receive until the times of restoration of all things, which God has spoken by the mouth of all His holy prophets since the world began.

God’s plan is to restore human beings and this earth to their original perfect condition. His second coming marks the first step in permanently removing the effects of sin from the universe. But unless we accept Jesus’ sacrifice and His work in heaven as our High Priest and allow Him to remove the power of sin from our lives now, we can’t be a part of this grand restoration.

3. Will there be any second chances to repent and be saved after Christ’s return?

Jesus will be coming with final rewards, not second chances. He will reward people according to their works because words and actions—people’s “works”—reveal the conditions of their hearts and characters. Only those with hearts transformed by God’s love can be holy and righteous.

The Timing of Christ’s Second Coming

Matthew 25:13 Watch therefore, for you know neither the day nor the hour in which the Son of Man is coming.

2. Who only knows the time of His coming?

Matthew 24:36 But of that day and hour no one knows, not even the angels of heaven, but My Father only.

Jesus gave us the signs that precede His coming (see Matthew 24 and articles in this issue), but only the Father knows the exact timing.

The Manner of Christ’s Second Coming

Matthew 24:30  Then the sign of the Son of Man will appear in heaven, and then all the tribes of the earth will mourn, and they will see the Son of Man coming on the clouds of heaven with power and great glory.

2. How many will see Christ when He appears in the clouds?

Revelation 1:7  Behold, He is coming with clouds, and every eye will see Him.

All those living on earth when Christ returns will be eyewitnesses of His coming in clouds of glory.

3. Who comes with Christ?

Matthew 16:27  For the Son of man will come in the glory of His Father with His angels.

1 Thessalonians 4:16 For the Lord Himself will descend from heaven with a shout, with the voice of an archangel, and with the trumpet of God. (See also Matthew 24:31.)

Jesus’ second coming will be loud, visible, and worldwide. It will be impossible to mistake it!

The Resurrection at Christ’s Coming

1 Thessalonians 4:16, 17  And the dead in Christ will rise first. Then we who are alive and remain shall be caught up together with them in the clouds to meet the Lord in the air. And thus we shall always be with the Lord.

Notice that Jesus meets His people in the air—both those who have been sleeping in the grave and those who are alive when He comes. He then takes them up to heaven to be with Him.

2. How many resurrections does Jesus speak of?

3. How far apart are these two resurrections?

Revelation 20:6  Blessed and holy is he who has part in the first resurrection. Over such the second death has no power, but they shall be priests of God and of Christ, and shall reign with Him a thousand years.

Revelation 20:5  But the rest of the dead did not live again until the thousand years were finished.

The Bible is clear that there will be two separate resurrections. (See also Acts 24:15.) The one that takes place at the Second Coming is the resurrection of life. This implies that a judgment to determine who will receive eternal life is held before Jesus returns.

Revelation 6:15–17 And the kings of the earth, and the great men, and the rich men, and the chief captains, and the mighty men, and every bondman, and every free man, hid themselves in the dens and in the rocks of the mountains; and said to the mountains and rocks, Fall on us, and hide us from the face of Him that sitteth on the throne, and from the wrath of the Lamb: for the great day of His wrath is come; and who shall be able to stand?

The wicked will be terrified to see Christ coming in the clouds and will prefer to be destroyed rather than see His face.

2 Thessalonians 2:8 “And then the lawless one will be revealed, whom the Lord will consume with the breath of His mouth and destroy with the brightness of His coming.”

Paul describes the “lawless one” as using satanic power to deceive the world into worshiping him as God. This happens before Christ’s second coming. See 2 Thessalonians 2:1‒10. John describes this same deceptive usurper who craves the worship of the world as “the beast.” See Revelation 13:3‒8.

3. How does the prophet Jeremiah describe the earth after Jesus takes the righteous to heaven?

Jeremiah 25:33  And at that day the slain of the LORD shall be from one end of the earth even to the other end of the earth. They shall not be lamented, or gathered, or buried; they shall become refuse on the ground.

Dual prophecies are common in the Bible. (See Matthew 24 for example.) In these prophecies  Jeremiah is describing the destruction of Jerusalem as well as a much greater future worldwide destruction initiated by God’s anger against sin at Christ’s second coming.

How to Be Ready to Go with Jesus

Titus 3:5–7  Not by works of righteousness which we have done, but according to His mercy He saved us, through the washing of regeneration and renewing of the Holy Spirit, whom He poured out on us abundantly through Jesus Christ our Savior, that having been justified by His grace we should become heirs according to the hope of eternal life.

These verses point out clearly that we are not saved by good works, but only through Jesus Christ and by receiving personal renewal from the Holy Spirit, sometimes called “the new birth.”

2. When we have been recreated in Christ, then what will we be able to do?

Ephesians 2:10  For we are His workmanship, created in Christ Jesus for good works, which God prepared beforehand that we should walk in them.

We will be able to follow Jesus’ example of good works once we have a renewed heart and mind. With the Holy Spirit’s help, we’ll focus on obeying God and helping others from the heart.

3. How should we be living before Christ’s return?

Titus 2:11–14  For the grace of God that brings salvation has appeared to all men, teaching us that, denying ungodliness and worldly lusts, we should live soberly, righteously, and godly in the present age, looking for the blessed hope and glorious appearing of our great God and Savior Jesus Christ, who gave Himself for us, that He might redeem us from every lawless deed and purify for Himself His own special people, zealous for good works.

Before His return, Jesus will be seeking to purify us from sin, and we are to purify ourselves; it will be a cooperative effort to prepare us for the privilege and joy of living with a holy God.

Jesus is preparing a place for you to live with Him forever. Will you choose to accept His wonderful gift of an eternal, happy life and cooperate with Him to prepare for His second coming? 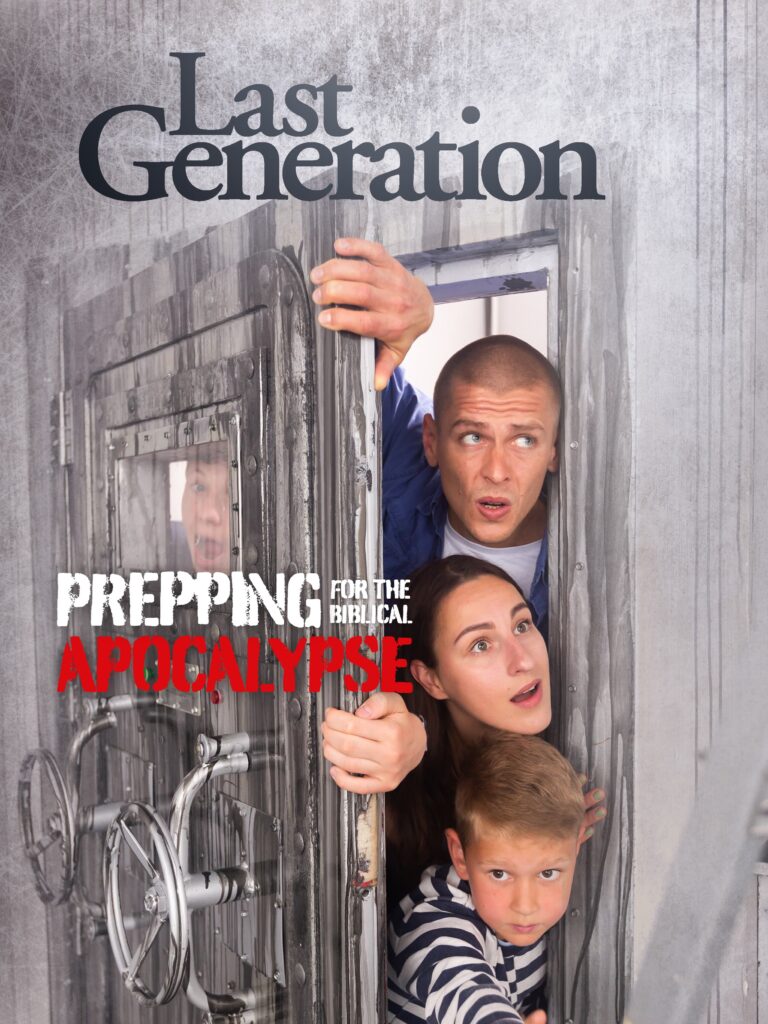 A Promise For Fathers: Having Their Hearts
Come to the Banquet
Vanished?
The Perils of Time Setting
Prepping for the Biblical Apocalypse
Birth Pangs
Cities of Destruction
Paradise, Peace, and a Pickup Truck
Katharina von Bora
Life Lines
Foods That Fight for You
These Times
The Moth
Your Crisis Preparation Room