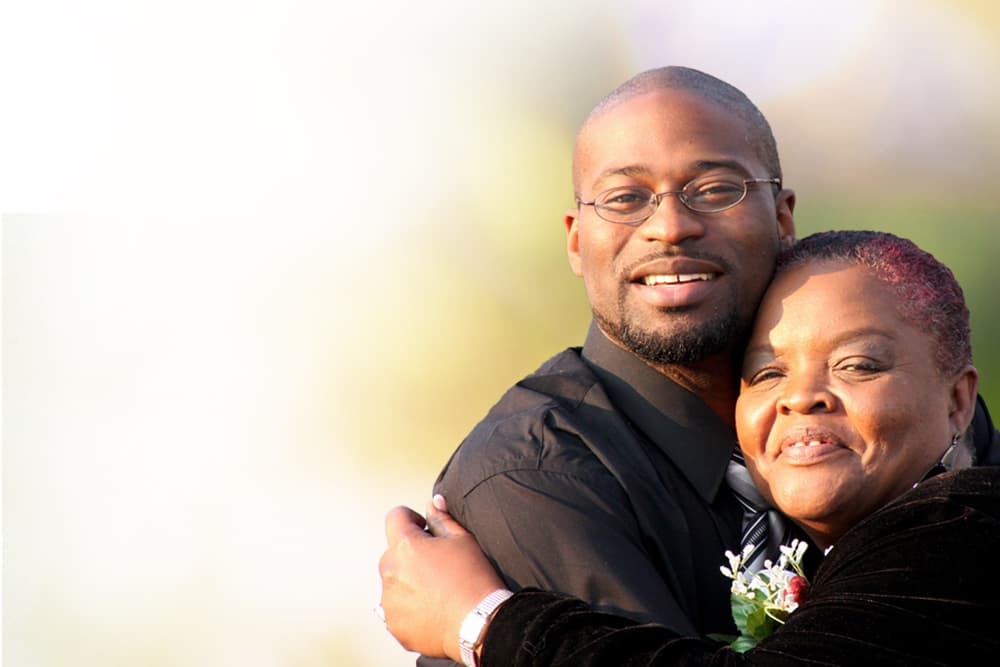 God is the initiator of all genuine forgiveness, even when we don’t even know Him.

One February night in 1993, 20-year-old Laramiun Byrd decided to go to a party with some friends. In the heat of a hostile exchange with another group there, he was fatally shot by 16-year-old Oshea Israel. Oshea was arrested and sentenced to 25 years for second-degree murder.

Looking back on his youth, Oshea says, “I realize now that as I was growing up, I took certain things too personally. If you don’t forgive people for saying stupid and disrespectful things to you, then you walk around with this resentment, collecting more and more baggage. And if something grows and grows, it’s bound to come back to bite you. If I’d had more forgiveness in my life, perhaps I wouldn’t have exploded at the party that night.”

It was years before Oshea stopped blaming others for his actions. “I didn’t want to hold myself responsible for taking someone’s life over something so trivial and stupid. You blame everyone else because you don’t want to deal with the pain.”

Eventually, Oshea decided he didn’t want to live with bitterness, resentment, and a don’t-care attitude anymore. He began to examine himself and try to change. Around this time, he received a request for a visit from Laramiun’s mother, Mary Johnson. She, too, had been struggling with bitterness and unforgiveness in the years since her son’s death. She finally decided that the only way forward was to visit the prison and talk with Oshea.

At their meeting, Mary and Oshea talked for two hours. Oshea took the blame for what he had done. Mary remembers, “I could see how sorry he was, and at the end of the meeting, for the very first time, I was genuinely able to say that I forgave Oshea. From that day on, I haven’t felt any hatred, animosity, or anger. It was over.”

Receiving forgiveness from Mary has helped Oshea to forgive those who hurt him. He says, “I have learned that if you hold on to pain, it grows and grows, but if you forgive, you start to starve that pain and it dies. Forgiveness is pretty much saying, ‘I give up holding on to that pain.’ Hurt people usually haven’t forgiven and have so much pain they end up causing even greater pain.”¹

Luke 15:4, 5  “What man of you, having a hundred sheep, if he loses one of them, does not leave the ninety-nine in the wilderness, and go after the one which is lost until he finds it? And when he has found it, he lays it on his shoulders, rejoicing.”

Note: With the concern of a shepherd seeking a lost sheep, God labors to reach to us when we lose our way. He was certainly working with Oshea and Mary, helping them to desire escape from the pain their sin of unforgiveness was causing them. Sin is breaking God’s law of unselfish love. One way to do this is harboring negative thoughts and feelings towards others.

1 John 2:12  I write to you, little children, because your sins are forgiven you for His name's sake.

Note: Every time we break God’s law, we’re sinning against Him. To make it easier for us to forgive others, God wants first to bring us home to the peace of His forgiveness for all our sins. Jesus’ personal sacrifice for us makes this possible. The result will be freedom from a heavy load that deprives us of happiness and a new concern for others.

3.  What is necessary on our part in order to gain this forgiveness and freedom?

Psalm 32:5  I acknowledged my sin to You, and my iniquity I have not hidden. I said, "I will confess my transgressions to the LORD," and You forgave the iniquity of my sin.

Note: Even if our negative emotions, attitudes, and behavior are triggered by what someone else did to us, they are still ours. Because they hurt us and others, we need to confess them to God and ask for sincere repentance so He can forgive us and remove them.

Note: Jesus says every sin will be forgiven except one. If someone calls the Holy Spirit’s wonderful work in people’s lives (including their own) the work of the devil, that can’t be forgiven. The religious leaders of Jesus’ day did this. (See Matt. 12:24.) Anything else, no matter how bad, can be forgiven.

Ephesians 4:32  And be kind to one another, tenderhearted, forgiving one another, even as God in Christ forgave you.

Note: After we’ve experienced being forgiven by God, we need to ask for forgiveness from those we’ve hurt, and we need to forgive others who have hurt us. Both of these tasks can be difficult, but with a new heart from God, we become tenderhearted toward others, making these steps much easier.

Ezekiel 36:26  [God speaking] I will give you a new heart and put a new spirit within you; I will take the heart of stone out of your flesh and give you a heart of flesh.

Note: A new, tender heart is a gift from God. When we sincerely confess our sins and turn away from them, He’ll make this change in us so we can obey His law of kindness in the future. (See Psalm 51 for a sample prayer.)

Matthew 18:21, 22  Then Peter came to Him and said, “Lord, how often shall my brother sin against me, and I forgive him? Up to seven times?” Jesus said to him, “I do not say to you, up to seven times, but up to seventy times seven.”

Note: Peter thought he was being generous, but Jesus’ point was that we should keep on forgiving. This may seem impossible in difficult, hurtful circumstances, where people continue to behave thoughtlessly, unkindly, or abusively. But remembering that there is no limit to God’s forgiveness for us, we can ask for His strength to keep on forgiving others, bearing no animosity towards them. It will still be necessary to set boundaries or stay away from some people to prevent further problems, though. Forgiveness does not mean condoning sin, removing consequences, or risking further harm.

Luke 23:33, 34  And when they had come to the place called Calvary, there they crucified Him.... Then Jesus said, “Father, forgive them, for they do not know what they do.”

Note: Jesus’ empathy and compassion for His enemies enabled Him to pray for their forgiveness. The command to “love your enemies” (Matt. 5:44) implies that He can give us the desire and ability to do the same.

Note: God forgives us freely because Jesus has paid for our sins. But if we are not willing to do the same for others, God has to take back His forgiveness. (See Matt. 18:23‒35.) An unforgiving attitude shows that our hearts are still hard, and we are not yet ready to appreciate God’s mercy and use it wisely. But there’s hope.

Hebrews 4:15, 16  For we do not have a High Priest [Jesus in heaven] who cannot sympathize with our weaknesses, but was in all points tempted as we are, yet without sin. Let us therefore come boldly to the throne of grace, that we may obtain mercy and find grace to help in time of need.

Note: Jesus helps us from heaven if we ask Him. If we are even willing to be made willing, He can work with us. If we’ll take a step, trusting in His power, He will help us move forward. Together with Him, it’s amazing what we can accomplish!

World War II was over, but Dutch-born Corrie ten Boom was back in Germany. A Nazi concentration camp survivor, she wanted to tell the German people about God’s forgiveness for even the most terrible sins.

After one meeting, a guard she remembered from the camp approached her. He held out his hand and asked for her forgiveness. Corrie’s sister had died in that camp because of cruel treatment from him and other guards. Although she had just been preaching about forgiveness, Corrie couldn’t find it in her heart to forgive him.

She stood there, struggling. But then she remembered that God can’t forgive us if we refuse to forgive others, so she chose to try. Silently, she prayed,

“Jesus, help me! I can take his hand; I can do that much. Please give me Your forgiveness.”

In her own words, here’s what happened next:

“And so woodenly, mechanically, I thrust my hand into the one stretched out to me. And as I did, an incredible thing took place. The current started in my shoulder, raced down my arm, sprang into our joined hands. And then this healing warmth seemed to flood my whole being, bringing tears to my eyes.

“For a long moment we grasped each other’s hands, the former guard and the former prisoner. I had never known God’s love so intensely as I did then.”1

“And so I discovered that it is not on our forgiveness any more than on our goodness that the world’s healing hinges, but on His. When He tells us to love our enemies, He gives, along with the command, the love itself.”2

Note: When Corrie asked for help and then took a step toward forgiving, God supplied what she was lacking. We, too, can do this, and He won’t fail us!

Would you like God to help you forgive someone or ask someone for forgiveness? 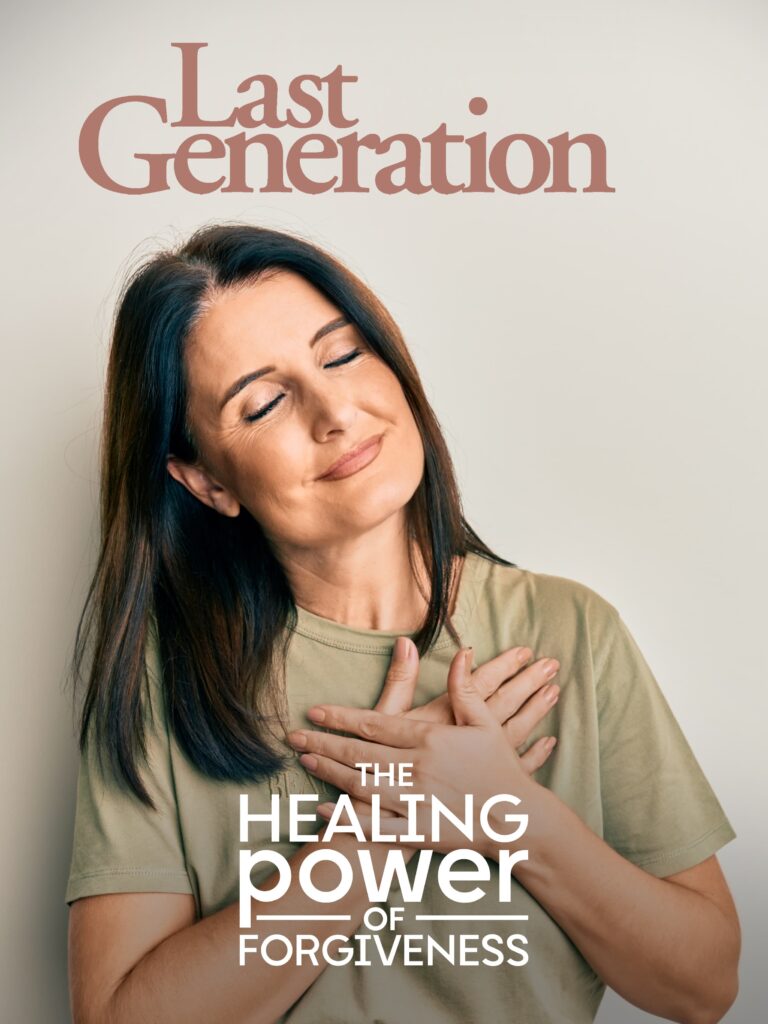 The Healing Power of Forgiveness
How to Ask for Forgiveness
My Journey towards Forgiveness
Wee Little Big Man
Finding Freedom in Forgiveness
The Prayer from the Cross
Showers of Blessing
These Times
Life Lines
Eating Well in the 21st Century
Prison Couldn’t Stop Them!
Is Your Home God’s House?
From Victim to Victor
Finding Peace with God