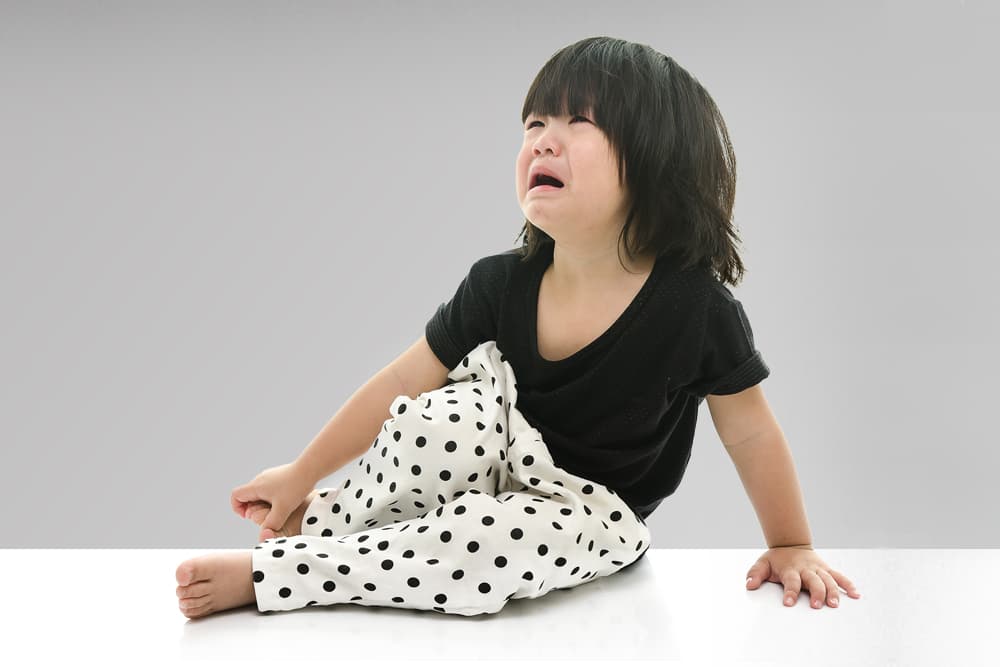 The Cry for Justice!

New research on babies reveals the early roots of both empathy and prejudice and offers insights on the search for social justice.

“That’s not fair!” If you’ve spent any time around children, or remember your own childhood, you most likely had that charge hurled at you, or hurled it yourself!

The cry for “fairness” is actually a cry for justice. Psychologists now believe that we are born with an innate sense of justice—for ourselves and, surprisingly, for others too. Research by Dr. Karen Wynn and her colleagues from the Baby Lab at Yale University indicates that babies come hardwired for justice. “Nurture” merely fine tunes those natural instincts. The lab’s interesting research is detailed in Paul Bloom’s 2013 book, Just Babies: The Origins of Good and Evil.

In one series of studies, babies from a variety of ages and as young as 3 months were presented with two puppets: one helped with a hard task and the other hindered the hard task. More than 80 percent of babies preferred the “helper” puppet.1 Older babies in the experiment were also able to show empathy—the ability to relate to someone’s pain as if experiencing it yourself. Babies nearing 8 months of age showed a preference for puppets who punished hindering puppets. But they shunned puppets who rewarded hindering puppets.2 Babies clearly wanted “badness” punished and were upset when “bad” actors were rewarded for bad behavior.

Researchers believe these observations indicate that babies come packaged with an innate moral core.3 “[E]ven before they can speak or walk, babies judge the goodness and badness of others’ actions; feel empathy and compassion; act to soothe those in distress; and have a rudimentary sense of justice.”4

The Limits of Baby Justice

However, researchers found that a baby’s sense of justice is “tragically limited.” This is because babies also come hard wired for bias which can override their sense of justice. Very small babies, for instance, show little interest in faces that look different from the faces they normally encounter. Instead, as we’ve all observed, the faces of “strangers” often elicit anxiety and fear in a baby. Bloom points out that bias in itself isn’t a bad thing—how else would we recognize our mothers?5

As babies mature, their innate bias develops to include behaviors. For instance, researchers were not surprised to find that babies preferred puppets who shared their own food preferences—in this case, graham crackers. Surprisingly, these same babies had an even higher preference for a puppet who punished puppets that liked green beans!6 This is a little bigot in the making!

Bloom believes that this research shows us the frailty of human justice: “We are by nature indifferent, even hostile to strangers; we are prone towards parochialism and bigotry. Some of our instinctive emotional responses, most notably disgust, spur us to do terrible things, including acts of genocide.”7

The Baby Lab findings challenge common assumptions about the roots of bigotry. The truth is, we are all born bigots. Babies demonstrate bias before they know anything about culture, religion, or politics. What starts as a survival instinct in babies, if left unguided and uninformed, will lead to adult attitudes that foster injustice.

Little humans need their innate traits of fairness, empathy, and bias nurtured positively. But without guidance from adults who have learned to think outside of their own biases, a baby’s sense of fairness and empathy will likely not include those who look, act, or think differently from him or her.

But the good news is that we can employ the instinct of empathy to bypass bias. When we focus on what we have in common, not on what divides us, empathy empowers us to build bridges of understanding.

A great example of a bridge builder who employs empathy is Daryl Davis, a Black R&B musician who attends KKK rallies to personally befriend members. To date, 200 Klansmen have given up their Klan membership after becoming friends with Daryl because they realized that their views of African Americans were biased. Forty of them have given Daryl their Klan robes as a symbol of friendship.8

The Baby Lab and the Bible

Findings from the Yale Baby Lab parallels what the Bible teaches about human nature. Babies come hard wired for justice because humans are made in the image of a God whose government is established on justice: “Righteousness and justice are the foundation of Your throne….” Ps. 89:14.

This innate drive for justice is part of our spiritual nature, an inner moral compass written into our genetic code by God. The apostle Paul describes this in his letter to the Romans as “the law written in [our] hearts.” Rom. 2:15.

The Bible also recognizes that humans are flawed and tend to treat “outsiders” with bias, indifference, and even hostility. To counteract this, God gave specific instructions to ancient Israel about how to treat “outsiders.” “You shall neither mistreat a stranger nor oppress him, for you were strangers in the land of Egypt.” Ex. 22:21. This included the application of Hebrew law: “One law shall be for the native-born and for the stranger who dwells among you.” Ex. 12:49.

In one of His Ten Commandments, God specifically forbids taking advantage of those with fewer rights—children, servants, slaves, and foreigners (even animals).  “But the seventh day is the sabbath of the Lord thy God: in it thou shalt not do any work, thou, nor thy son, nor thy daughter, thy manservant, nor thy maidservant, nor thy cattle, nor thy stranger that is within thy gates.” Ex. 20:10.

The principal of equal justice for all underlies the spirit of Old Testament laws: “You shall do no injustice in judgment. You shall not be partial to the poor, nor honor the person of the mighty. In righteousness you shall judge your neighbor.” Lev. 19:15.

Jesus taught that these principles were built on love to God and love to one another. His summary of the OT laws on human relationships in Matt. 22:39, “You shall love your neighbor as yourself,” is the essence of the Golden Rule: “Do unto others as you would have them do unto you.” Biblical justice builds from this foundation.

Based on the Golden Rule we help strangers with flat tires, donate blood, take meals to elderly neighbors, etc. The Golden Rule also motivates societies to set up earthly governments that frame and apply just laws. You don’t have to be a Christian to appreciate and live by the Golden Rule.

Biblical Justice for the Unjust

While the Golden Rule makes good civic sense, the kind of love that Jesus taught and lived went far beyond this to include loving our enemies. It is the ultimate expression of biblical justice.

“[L]ove your enemies, bless them that curse you, do good to them that hate you, and pray for them which spitefully use you, and persecute you; That you may be the children of your Father which is in heaven: for He makes His sun rise on the evil and on the good, and sends rain on the just and on the unjust.For if you love them which love you, what reward have you? Do not even the tax collectors the same? …Therefore, you should be perfect, even as your heavenly Father is perfect. Matt. 5:44–48.

We are not hard wired for this kind of “justice.” Like Jesus’ closest disciples who wanted to call fire down from heaven against the inhospitable Samaritans, we are born at enmity with God’s character of self-sacrificing love and, at best, we love imperfectly. Unless we experience the new birth, this command is an impossibility. The only way forward is to realize how desperately we need God’s mercy ourselves.

But Jesus didn’t just tell us that we needed to love our enemies, He demonstrated it by dying for us and giving us the opportunity to be reconciled with God: “Christ also suffered once for sins, the just for the unjust, that He might bring us to God….” 1 Peter 3:18.

Even as he died, Jesus interceded for His murderers: “Father, forgive them, for they know not what they do.” Luke 23:34. If we are honest with ourselves, that prayer includes us. He taught us to entreat the mercy of our heavenly Father for sinful, ungrateful people every day; first for ourselves, and then for others: “Forgive us our debts, as we forgive our debtors,” Matt. 6:12.

The Timetable of God’s Justice

But there is real evil in this world that makes our blood boil and our hearts sick: sex trafficking, the murder of innocent babies, child labor in dangerous factories and mines, police and military brutality, religious persecution, racism, cruelty to animals, and so much more. Additionally, many of us have experienced personal injustice.

This mountain of evil can overwhelm us with feelings of impotence and despair. We may have lost faith in earthly systems of justice which themselves might be corrupt. We may wonder if God is even concerned.

But God has a plan to end injustice and oppression and to set up a kingdom of peace on earth. For centuries He has allowed great world superpowers to rise and then removed them when they passed the limits of His justice.

So that we could trace His hand in world affairs, God gave the prophet Daniel (who became the prime minister of Babylon) an overview of the nations that would shape human history. The impressive dream was of an immense statue whose golden head was Babylon. Medo-Persia followed as the silver arms and chest. Greece came next as the belly and thighs of brass. A fourth empire, represented by legs of iron with feet of iron mixed with clay, can be none other than the Roman Empire, which eventually split into the ten tribes of Europe. (See Daniel chapter 2.)

The ancient Greeks and Romans laid the foundation for Western Civilization, which has dominated world history for nearly 2,600 years—for better or worse.

So far, everything has happened according to the details of this prophecy.9 We are now living in the last remaining moments of earthly authority.

What will the earth look like when the broken systems of human authority end and God sets up His new kingdom?

God promises us, “For, behold, I create new heavens and a new earth: and the former shall not be remembered, nor come into mind. And they shall build houses, and inhabit them; and they shall plant vineyards, and eat the fruit of them…and mine elect shall long enjoy the work of their hands. The wolf and the lamb shall feed together, and the lion shall eat straw like the bullock.… They shall not hurt nor destroy in all my holy mountain, saith the Lord.” Isa. 65:17, 22, 25.

Find a moving choral interpretation of this promise by the Washington Chorus in “The Dream Isaiah Saw” on YouTube.

For further study, we suggest the following resources: The Great Controversy and The History of Tomorrow. 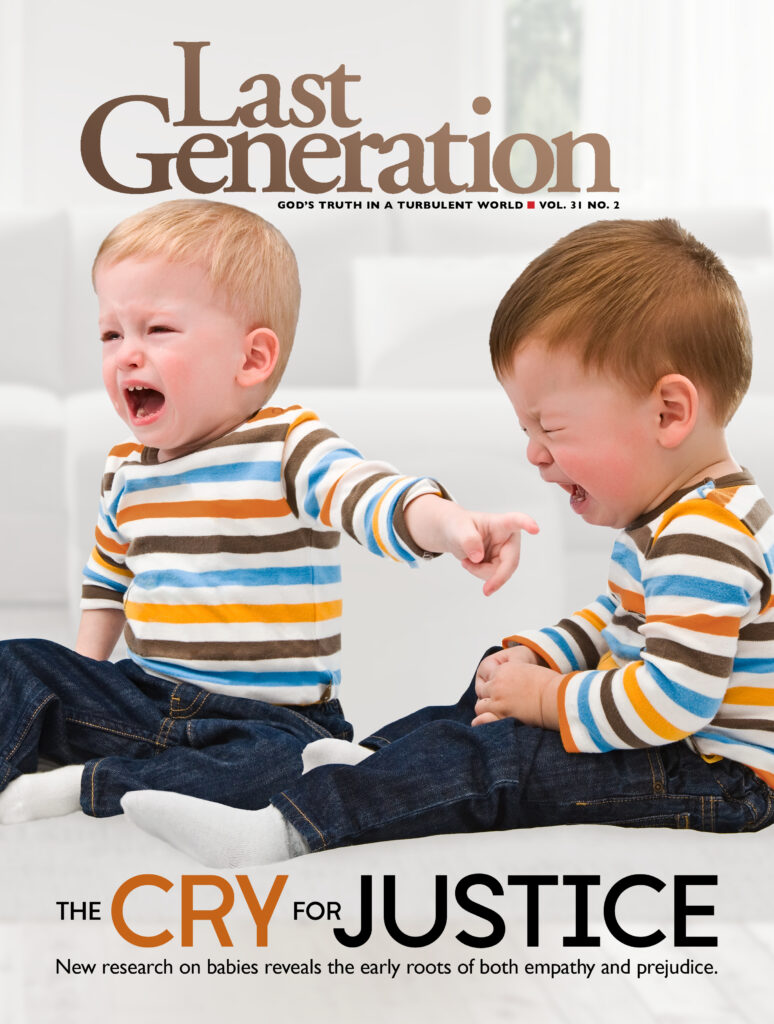