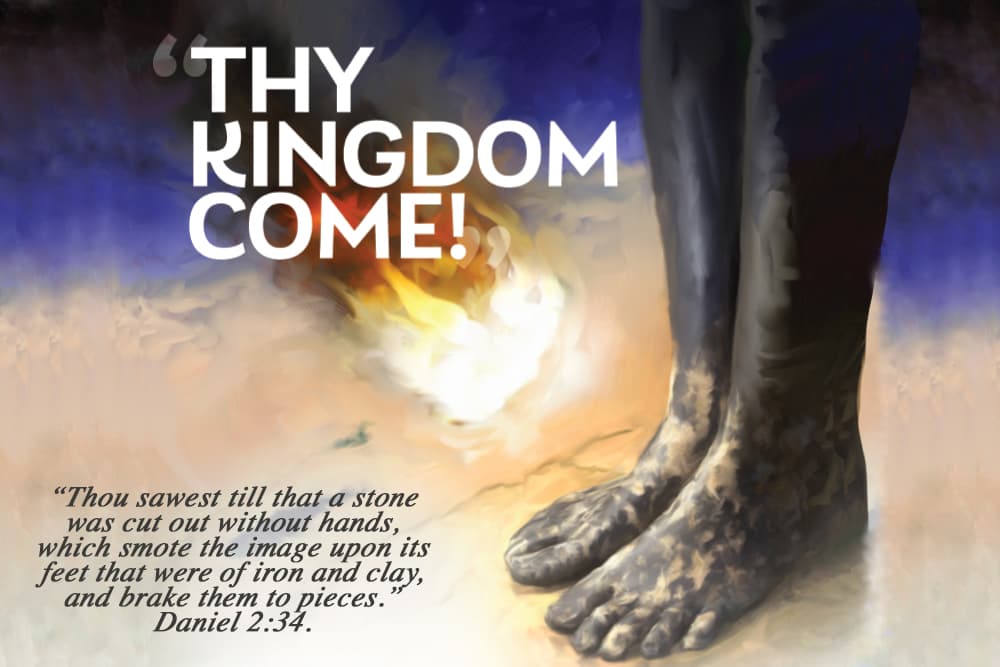 The Bible promises that one day all earthly kingdoms and their strife will be swept away and Jesus, the Prince of Peace, will reign eternally.

Jesus encouraged His disciples to pray that His kingdom would come and God’s will would be done “on earth as it is in heaven.” He described a coming kingdom filled with peace, love, joy, and righteousness. But the world as we know it today, is nothing like this. Hatred and strife are manifested everywhere from local communities to world politics. However, the promises in God’s Word are sure; one day the world will be united again and God’s will shall be done on earth forever.

1. In the beginning, what did God say about His creation? Genesis 1:31

2. In what way was disunity and inequality a consequence of the Fall? Genesis 3:12, 16

3. Why did God decide to destroy mankind, except Noah’s family? Genesis 6:5

4. What was God’s command to Noah and his descendants? Genesis 9:1

5. What was the first attempt at global unity after the Flood, and why did it fail? Genesis 11:4–9

It is not that humanity cannot achieve unity; but more often than not, it is formed around an unsound principle or evil purpose. God saw fit to institute linguistic barriers between people, so that evil will not be strengthened by unity around it. He desires a coming together in doing good, but when unity is formed around evil, untold harm and destruction can result.

A Panoramic History of the World

The second chapter of the book of Daniel tells of a dream, in which the broad strokes of the world’s history are revealed, all the way from the prophet’s time to the end of ages. This amazing prophecy has been fulfilled with astounding accuracy up to the present. It was given to the Babylonian king Nebuchadnezzar, and interpreted by Daniel under divine guidance.

3. What did Nebuchadnezzar see in his dream? Daniel 2:31

The dream outlined a series of kingdoms that would vie for world dominance, and would supersede one another. The first kingdom, represented by the gold, was the Babylonian empire itself (see Daniel 2:37–38), which ruled the world from 605 to 539 BC. This kingdom would be overtaken by another kingdom represented by the silver chest and arms. As narrated in Daniel 5 (see v. 28, 30–31), the Medes and Persians overthrew the Babylonians and ruled from 539 to 331 BC.

A kingdom of brass would follow, representing the Greek empire under Alexander the Great, his four generals and reigning descendants (see Daniel 8:20–21), holding supremacy from around 331 to 168 BC. The fourth kingdom, possessing the strength of iron (Daniel 2:40), represents the Roman Empire ruling from 168 BC to AD 351.

The Roman Empire, the last to have sole global dominance, began to splinter in AD 351. By AD 476, it had divided into ten nations and was absorbed into what eventually became the modern nations of Europe.

After the fall of Rome, there have been attempts to unite these nations under a single government. But God’s Word has declared that it cannot be done, and that decree has stood to this day.

1. What happened next to the great image in the prophetic dream? Daniel 2:34–35

2. What will be the nature of the kingdom represented by the great mountain? Will it be a human empire? Daniel 2:44

3. When will God set up His eternal kingdom? How long will it last? Daniel 2:44

4. What did Daniel say about the certainty of the dream and its interpretation? Daniel 2:45

1. What does the apostle John see in the wilderness? What was the name written on the woman’s forehead? Revelation 17:3–5

In biblical prophecy, a woman represents a church (see Jeremiah 6:2; Isaiah 51:16). The Bible points to a fallen church with worldwide influence, that will try to unite the whole world in false worship. The “golden cup full of abominations” (Revelation 17:4) in the hand of the fallen woman points to the multitude of false and intoxicating teachings peddled by this religious organization, around which, in one form or another, it will try to rally mankind.

2. Around what will people unite, either voluntarily or by compulsion? Revelation 13:12

5. What did John see later in his vision? How will unity be achieved at last? Revelation 21:2–3

Genuine and lasting unity will be achieved only in God’s kingdom. We have come full circle, starting with Babel, then Babylon, both symbols of false unity and confusion, and arriving at Jerusalem, the city of true peace. In these last days, every inhabitant of this planet will have to decide to which system they want to attach themselves: either to modern Babylon with its convenient but false principles, or to the kingdom of God, in which truth and unity reign, and risk the ire of the world but gain the approval of God.

Today I choose to align myself with God’s kingdom of grace, in obedience to His will as expressed in the Bible, looking forward to His everlasting kingdom.

Are you searching for Bible answers to your spiritual questions? Ask for FREE Bible studies today! 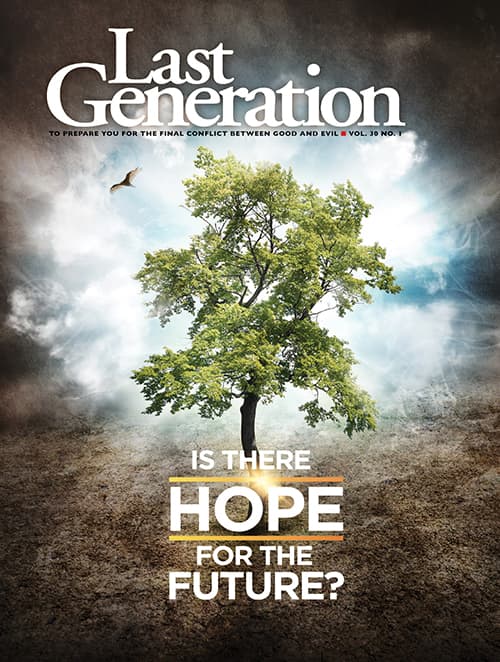 Escape from Astrology
Raising Healthy Children
Is There Hope for the Future?
Discerning the Time
Telling the Truth About God
How Should I Prepare for the Second Coming of Jesus?
Child Preachers
The Smoke of Her Burning
Keep Your Eyes on the Prize
The Handwriting on the Wall
The Amazing Benefits of Charcoal
Life Lines
These Times
A Diamond’s Transformation
The Unfinished Story

Why Trust the Bible?
Does Anyone Have the Right to Change God’s Law?
Child Preachers
Belshazzar’s Last Party
He’ll Do It Again!