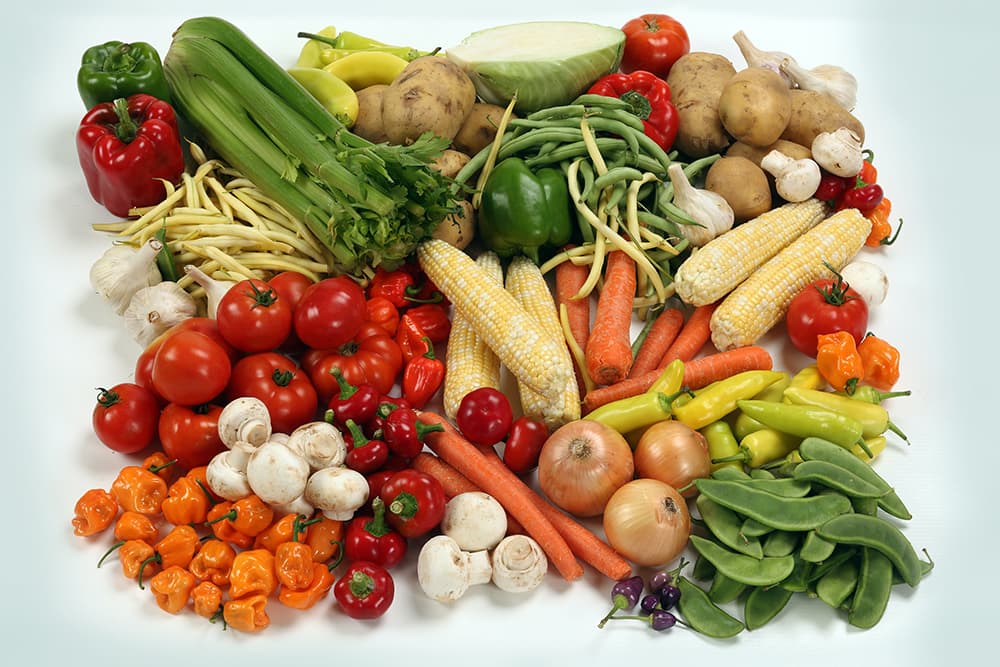 Health news you can use.

Should You Avoid Soy to Prevent Breast Cancer?

Excess estrogen has been shown to contribute to breast cancer. Because soy contains phytoestrogen, a plant form of estrogen, many have avoided soy products, too.

But just the opposite is now known to be true. Here’s the backstory. It turns out that the breast tumors themselves produce estrogen and that the tumor must be stopped from producing estrogen in the first place. That’s where soy phytoestrogen comes in, as it actually blocks enzymes involved in producing estrogen. For example, women who drank soy milk on a daily basis saw their estrogen levels decreased by half and remain down even a couple months after they had stopped drinking soy milk!

So should you use soy if you’re worried about breast cancer? The answer seems to be a definitive yes!

“What Does Drinking Soy Milk Do to Hormone Levels?” NutritionFacts.org, July 9, 2020.

If you live where you cannot obtain locally grown fresh produce year round, should you use the “fresh” produce at the grocery store, frozen vegetables, or canned vegetables?

Though vegetables can still be purchased “fresh” at the grocery store, they may actually not be the healthiest option. Produce sitting on the shelves have often traveled long distances and spent a considerable amount of time in storage, calling their “freshness” into question.

On the other hand, frozen and canned vegetables are generally processed almost immediately after harvest, ensuring that the greatest amount of nutrients are retained. But watch out for added salt, fat, or sauces. Look for the kind without any added ingredients and use them in soup, stir-fry, or pasta to enjoy the greatest amount of benefit.

A study of people tested for sleep apnea—a condition in which one’s breathing decreases or stops during sleep—found a connection between disrupted sleep and blood sugar. Eight hundred participants tracked their sleep in a diary and then took part in a clinical sleep study, which measured how long they slept, how many times they woke up during the night, and what changes they underwent while sleeping.

Researchers found that individuals with disrupted sleep patterns, whether related to sleep apnea or not, had higher blood glucose levels than those with normal sleep patterns. These results posed a concern since high blood sugar plays a role in the development of diabetes.

Getting proper sleep is important in ensuring the health of every part of the body. How’s your sleep?

The Risk of Sitting Too Much

Spending too much time at your desk or in front of the TV may play a role in cancer development. A recent study recorded in the journal JAMA Oncology followed 8,000 cancer-free people over the course of five years after tracking their physical activity for seven days. Results showed that those who were the least active had an 82 percent greater risk of dying from cancer than those who were the most active!

Though other lifestyle factors, such as eating healthy and not smoking, reduce cancer risk, at least 30 minutes a day of moderate-intensity activity may also help. Some examples include biking at 10 miles per hour, brisk walking, water aerobics, and gardening.

Daniel—Friend of Kings
When Truth Has Fallen in the Street
Walking in the Light
I Was a Transgender Woman
Two Women in Pursuit of Truth
Satan’s Deceptive Masterpiece
In Love With the Truth
The Voice of Truth
Heretic!
Don’t Go on a Diet
These Times
Jet Fighters of the Insect World
“Lie to Me”
Can Dead People Talk?