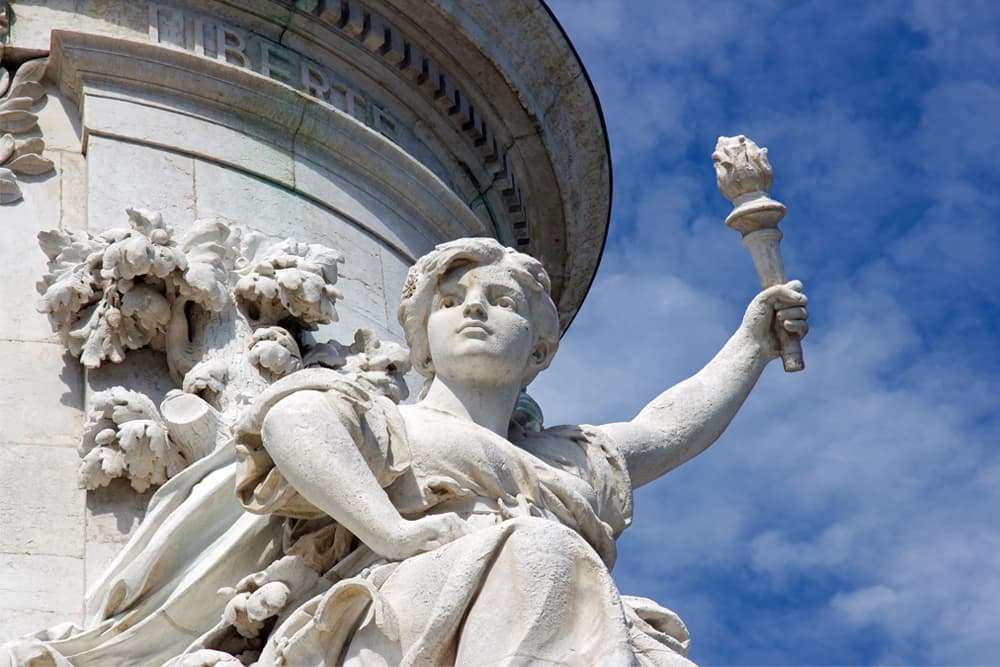 Two Women in Pursuit of Truth

Does the way we seek truth matter? Two symbolic French women offer us a poignant answer.

By Sabrina Petersen with Betsy Mayer

During the French Revolution, freedom from tyranny was sought apart from God—a knee-jerk reaction to bad religion which had been promoted by the papacy and the monarchy. But instead of abandoning religion, French revolutionaries reinvented it.

The historian Walter Scott describes how the revolutionaries inaugurated their new religion of “reason.” They made a grand procession to the Notre Dame Cathedral in Paris while “singing a hymn in praise of liberty, and escorting, as the object of their future worship, a veiled female, whom they termed the Goddess of Reason.”1 At the cathedral’s altar, they removed the Catholic symbols of faith and elevated a promiscuous woman as a symbol of the nation’s  new, highest authority—human logic and reason.2

The goddess of liberty and human reason is still used today as a symbol of the modern French Republic. But where did reason without God lead

Daniel—Friend of Kings
When Truth Has Fallen in the Street
Walking in the Light
I Was a Transgender Woman
Satan’s Deceptive Masterpiece
In Love With the Truth
The Voice of Truth
Heretic!
Don’t Go on a Diet
Life Lines
These Times
Jet Fighters of the Insect World
“Lie to Me”
Can Dead People Talk?

Captive to a Calling: The William Wilberforce Story
Walking in the Light
Early Christianity in China
Why Christians Persecuted Christians
The Smoke of Her Burning

Sabrina Petersen is the associate editor of Last Generation magazine. Betsy Mayer is the managing editor.