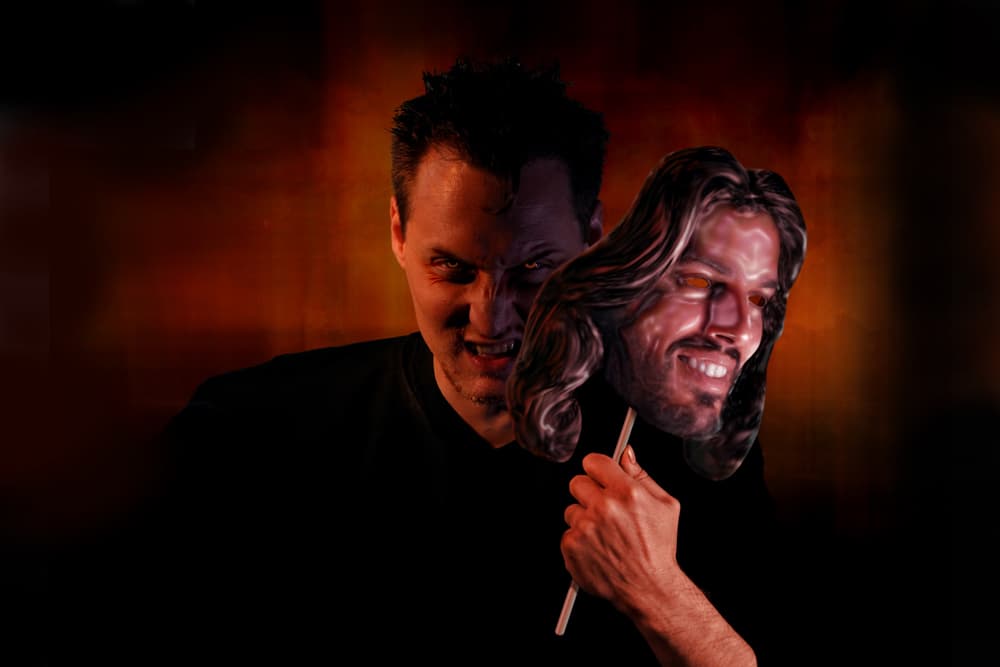 The father of lies has been employing "deepfakes" since the beginning of time.

Just a few years ago, the idea that artificial intelligence could imitate real people and make them say things that they never actually said probably seemed impossible. But not anymore! With the introduction and development of deepfakes—falsified but realistic photos and videos of people —this is now becoming a reality! As the technology improves, discerning the true from the false will become increasingly difficult. Already, videos of political figures making preposterous statements have been circulating on the web.1

But the underlying concept of deepfake technology is not new. In fact, Satan has long been using this tactic in his attempts to deceive mankind. 2 Corinthians 11:14 tells us that “Satan himself is transformed into an angel of light.” In our day more than ever, he is working overtime to draw us into one of his greatest deceptions—spiritualism. People seeking fulfillment and peace turn to mediums in order to communicate with their dead loved ones, while men in government and business appeal to astrologers and spiritualists for guidance in important decisions. But what power is manipulating the minds of these people? It may very well be the most deceptive deepfake of all time. So, who can we trust? We can’t rely upon our senses because the devil can use them to take advantage of us. Our only safety is in trusting the Word of God, which offers us the truth about death. (See the article in this issue entitled “Can Dead People Talk?”) It also helps us to understand the true source of modern spiritualism. Let’s study what God’s Word says on this topic so that we can avoid being deceived by the devil’s subtle traps.

The Origins of Satan’s Army

In the Bible, the dragon represents the devil, and stars represent angels. Revelation 1:20. We also understand from Revelation 12:3, 4 that those who fell with the devil amounted to one-third of the angels in heaven.

1. How strong will Satan’s last-day deceptions be? Matthew 24:24

Satan knows that he has very little time left to deceive humanity, and he is using all his resources, perfected over 6,000 years, to prevent men from turning to God. The Bible explains his methods so that we can be prepared to withstand his deceptions.

3. What warning does God give us regarding spirits? 1 John 4:1

The Law of God is the only standard to test the spirits. Spiritualism always leads away from God’s Law. If Satan can deceive us by spiritualistic practices, we will become “[enemies] of righteousness” and “pervert the ways of the Lord.” Acts 13:8–10.

5. At the end of time, what will Christ say to many people who have claimed to be His followers? Matthew 7:21–23

Not every one who claims to do great things through God’s power is a child of God. Acts 8:9, 10. God can claim as His followers only those who do His will. “Healings” that are performed by men who do not follow the Lord's commands are unquestionably the result of Satan's power. The Bible is plain that there is no truth in those who do not follow God’s Word and His Law.

A similar situation took place when Jesus met the demoniacs. Matthew 8:28–34. These men were possessed with evil spirits and had no control over themselves. They had yielded themselves to Satan's control.

7. After rejecting the Lord, whom did King Saul seek out for counsel? 1 Samuel 28:7

Dealing with familiar spirits is witchcraft. As we look further in 1 Samuel 28, we see that the witch performed a séance. The likeness of Samuel appeared, but the Bible is clear that Samuel was sleeping in the grave; thus, the image of Samuel was created by an evil spirit.

Today, there are many forms of spiritualism. Satan has many falsehoods, some not appearing as dangerous as séances. For example, anything that promotes witches, wizards, ghosts, and goblins deals with spiritualism. These are often depicted in television and movie comedies, but they are nonetheless dangerous. Many forms of entertainment, such as music and video gaming, Halloween, astrology charts, tarot cards, palm reading, and even prayers and baptisms for the dead, are used by Satan to lure us into his world of darkness.

8. From what do the Scriptures instruct us to abstain? 1 Thessalonians 5:22

To abstain from the appearance of evil is a vital Christian principle that will save us from many perils. If we place ourselves in any way on Satan’s ground, he can much more easily deceive us than if we avoided his ground altogether. Even our curiosity must be guarded, for many have been trapped by Satan because they yielded to their initial curiosity. We do not need to experience Satan’s deceptive evils in order to know that they separate us from the love and salvation of our Savior.

1. To whom will some individuals give heed in the last days? 1 Timothy 4:1

Satan is the arch-deceiver of the universe. He has many methods of gaining control of people’s minds, and most of them are extremely subtle. Satan knows that if we recognize that he is behind the deceptions and temptations and that if we claim the powers of God to overcome, he will be helpless to deceive us. The Bible serves to reveal some of his more subtle methods, as well as those that are obvious.

2. How are the following attributes described?

3. Ephesians 5:1–6 mentions ten things which only “children of disobedience” participate in. What are they?

The choices we make every moment of every day proclaim our allegiance either to our Father in heaven or to the father of lies.

Satan was once an angel of light in heaven, but he allowed a spirit of rebellion to enter his heart. As he shared that spirit with the angels of heaven, one-third of them followed his deceptions. Now, Satan and his angels work diligently to spread that spirit here on earth. Satan has many artful methods that he uses to deceive men, though some are plainer than others. The more subtle his deceptions, the more effective he is. The Word of God reveals Satan’s methodology and tells us how we may be prepared to withstand his attacks. Ephesians 6:10–18. It also offers the beautiful promise that if we are willing, the Holy Spirit will lead us into all truth, which will set us free. John 16:13; 8:32. In order to recognize and resist the deceptions of the devil, we must make the Bible our study and the Holy Spirit our teacher. In this way, Christ can set us free from these deceptions.

I now purpose not to listen to, visit, or view anything that is representative of Satan’s world of spirits, witchcraft, sorcery, and magic.

Daniel—Friend of Kings
When Truth Has Fallen in the Street
Walking in the Light
I Was a Transgender Woman
Two Women in Pursuit of Truth
In Love With the Truth
The Voice of Truth
Heretic!
Don’t Go on a Diet
Life Lines
These Times
Jet Fighters of the Insect World
“Lie to Me”
Can Dead People Talk?

Can Dead People Talk?
Discerning the Time
Solving the Mystery of Life after Death
How Should I Prepare for the Second Coming of Jesus?
The Impossible Test - Does the Bible Predict the Future?