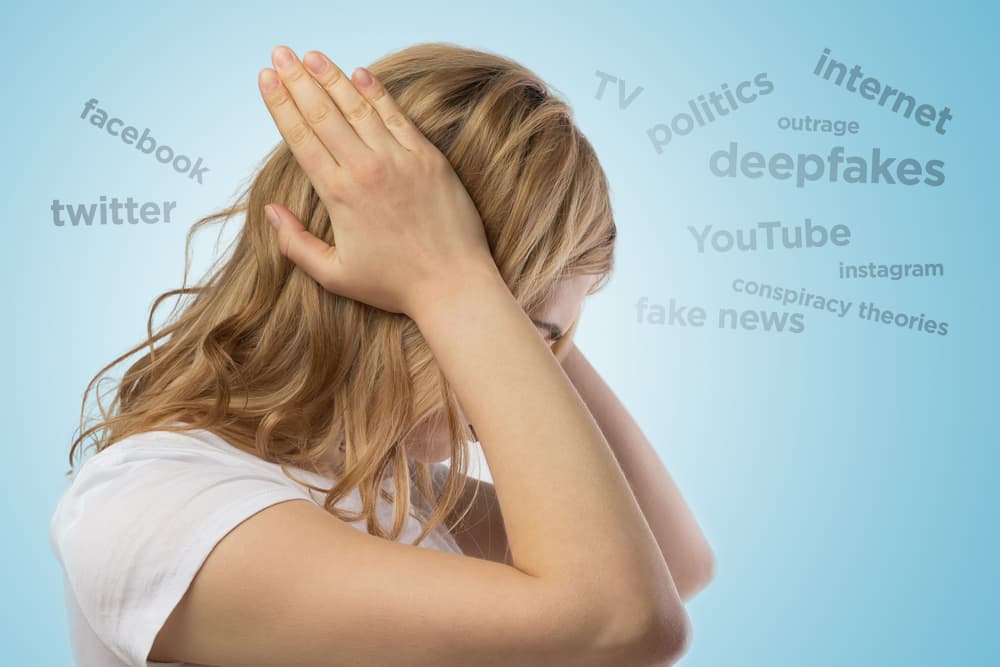 When Truth Has Fallen in the Street

I don’t know about you, but lately I have not been able to shake off the feeling that certain changes in our society have reached a critical new level. Let me illustrate how they may have begun for any of us: someone forwarded a video of a personality saying something outrageous, only for you to later realize that the footage had been manipulated—a deepfake. Then, your next-door neighbor confronted you with irrefutable evidence that the earth is flat: “You just need to watch these YouTube videos; the evidence is all there that NASA is patrolling the icy ring (commonly called Antarctica) around the flat earth so that no one falls off into space! Oh—and gravity does not exist!”

You dodged the faked moon landing stories and 9/11 conspiracies while thinking, This is neither here nor there. It doesn’t affect me! Then, you hear on “good authority,” even though it’s anonymous, that a pedophile cabal of Satanists and cannibals are running the country. You realize that millions of people, including a few running for high political office, believe this.1 Meanwhile, on TV, you witness the informational tug-of-war played out publicly: media bias, experts squabbling, politicians lying through their teeth. Is this novel virus manmade or not? Are masks effective or not? Lockdown or not? And how about the vaccine coming down the pipeline? Is it the much-awaited cure or just a dirty means of controlling people? Are coronavirus tracking apps going to save us or invade our privacy for sinister motives?

The age of information has morphed into the age of disinformation. The sobering part is that some of the information tossed around has realconsequences for us—our health, our families, our future. Being able to divide truth from lies is not just a luxury or the preserve of epistemologists and philosophers. It can be a matter of life and death.

So, how do we find the truth, whether in science, history, society, or politics? How do we divide truth from lies and fact from fiction? Here is a primer.

There is a fine balance between doubt and trust. Interacting repeatedly with the perpetually-doubting-Thomas-type can be disheartening. On the other hand, gullibility is not a virtue. One particular type of credulity is what has been increasingly termed as “conspiracy mentality.” People who think in this way seem to be hooked on one conspiracy theory after another. Once accepted, these ideas are hard to shake off since they seem to plug neatly into the person’s worldview. The theories usually involve a dangerous enemy and often have an element of secrecy or obscurity, which gives their adherents a sense of belonging and community.

American thinker Linda Zagzebski, who studied people drawn to conspiracy theories, contrasts two ways of thinking and analyzing information in her book Virtues of the Mind. According to her, “intellectual vices” such as prejudice, rigidity, lack of thoroughness, and insensitivity to detail will negatively impact effective inquiry. Conversely, intellectual virtues—humility, caution, and carefulness—will be a great help in arriving at correct conclusions. Another key in overcoming intellectual vices is education—not just general academic training, but specific instruction in how to think critically, carefully compare and evaluate different ideas, and avoid reaching hasty conclusions.

We mentioned humility. Few people are willing to recognize that they are gullible, but what if we were the few that did so? An attitude of humbleness can go a long way towards improving our thinking habits.

Check the sources of information

Times have changed. Not so long ago, information was disseminated almost exclusively through institutionalized channels—newspapers, magazines, publishing houses, and TV and media companies. Before reaching the public, information was scrutinized by gatekeepers in the persons of editors and producers. Sure, institutions had their known political and ideological leanings, whether conservative or liberal. But information went through a filtering process.

Then came the internet, aptly characterized by one journalist as “equal parts encyclopedia and junkyard, solid science on the one hand and rubbish, rumors, and fabulism on the other.”2 Social media has compounded the problem as information is shared frequently and with great ease (think of the unsolicited forwards you received from friends and family this week alone). Daily, the internet deluges us with an assorted and often unfiltered flood of information. Everyone can be an influencer. What once were only fringe views have been able to reach the mainstream via the World Wide Web. False ideas are believed, then widely shared, rippling misinformation through society and even endangering lives.

Another factor in our discussion is the great advance in knowledge. Science especially has become highly specialized so that areas in which people are highly knowledgeable tend to be very narrow. One person cannot excel at bacteriology, astrophysics, and nanoengineering all at the same time. Inevitably, we have to trust others because we lack the knowledge—not to mention the time—to be able to check every piece of information. The key question then is this: is the information coming from a trusted source?

But whom should we trust? Here is where reputation comes in. A good reputation is not built solely on the educational and professional credentials of the person, although those can be useful indicators. A further question should be: what are the intentions or agenda of the person who is circulating this information? These may not always be easy to tease out. So, to probe deeper, ask yourself: what else is this person saying? If the individual supports an idea that is blatantly false, then you should be wary of everything they say. For example, if a source denies that the Holocaust ever happened, what else are they willing to falsify?

Another useful measuring stick comes from Jesus: “You will know them by their fruits.” Matt. 7:15. Foul speech and incitement to violence or hatred should set to nil the reputation of the information carrier. And since you will want to investigate the fruits, be exceedingly suspicious of anonymous sources. Unwillingness to have one’s reputation tested should raise bright red warning flags. John 3:32 says that “he who does the truth comes to the light that his deeds may be clearly seen.” (This should not be confused with sources sharing information under pseudonyms for various safety reasons. In these cases, the reputation of that person should still have been checked and validated by a trusted source.)

Finally, avoid putting people on unshakable pedestals. Evaluation of somebody’s reputation should be an ongoing process. Remember also that people have narrow fields of expertise, so just because you trust them in one area does not mean they should carry authority in every area of life.

Scripture encourages us to “test all things; hold fast what is good.” 1 Thess. 5:21. Testing, reflection, and discernment involve looking at both sides of a story. Often people adopt a theory because it fits their preconceived ideas, but they never bother to check the arguments on the other side. Gathering different opinions on the matter and weighing the arguments for and against are integral to the process of arriving at truth. The Bible talks about establishing truth from the mouths of two or three witnesses. Matt. 18:16; 2 Cor. 13:1.

Every lie contains a kernel of truth or some verifiable information. Beware especially when that kernel of truth takes the form of Bible texts, admonitions to prayer, or Christian virtue! After all, “Satan himself transforms himself into an angel of light.” 2 Cor. 11:14. The proportion of lie to truth does not determine the likelihood of that lie being embraced. One may think that a little falsehood mixed with mostly truth is the most insidious. Yet Hitler once said, “If you tell a big enough lie and tell it frequently enough, it will be believed.” Tragically, history proved him right.

Stand on the truth of God’s Word

It has been said that “in war, the first casualty is truth.” In the great controversy between good and evil—between God and the devil—Satan’s modus operandi all along has been lies and deception. In Jesus’ words, “the devil…does not stand in the truth because there is no truth in him. When he speaks a lie, he speaks from his own resources, for he is a liar and the father of it.” John 8:44. Truth has been a rare commodity throughout history. The prophet Isaiah lamented that “truth is fallen in the street.” Isa. 59:14. If that was true in Bible times, how much more does it describe our day?

As disinformation and deception were used by Satan in his overtures to Eve in the Garden of Eden, so they will be his prime weapons during end-time events. Our only surety is in clinging to the true Word of God. What that means in practice is to use the Bible as the final arbiter of truth. Test everything by Scripture, especially in matters of faith and spirituality! May our prayer join the Psalmist’s: “Send out Your light and Your truth! Let them lead me: let them bring me to Your holy hill and to Your tabernacle.” Psa. 43:3.

For further study, we suggest the following resource: The Great Controversy.

Daniel—Friend of Kings
Walking in the Light
I Was a Transgender Woman
Two Women in Pursuit of Truth
Satan’s Deceptive Masterpiece
In Love With the Truth
The Voice of Truth
Heretic!
Don’t Go on a Diet
Life Lines
These Times
Jet Fighters of the Insect World
“Lie to Me”
Can Dead People Talk?

Who Decided Which Books Should Be Included in the Bible?
“Lie to Me”
Illuminating the Bible
The Voice of Truth
Seeming Inconsistencies and Contradictions in the Bible

Antonella Pedley lives in Sweden and holds an MA in Ancient Religions from the University of Wales Trinity Saint David.