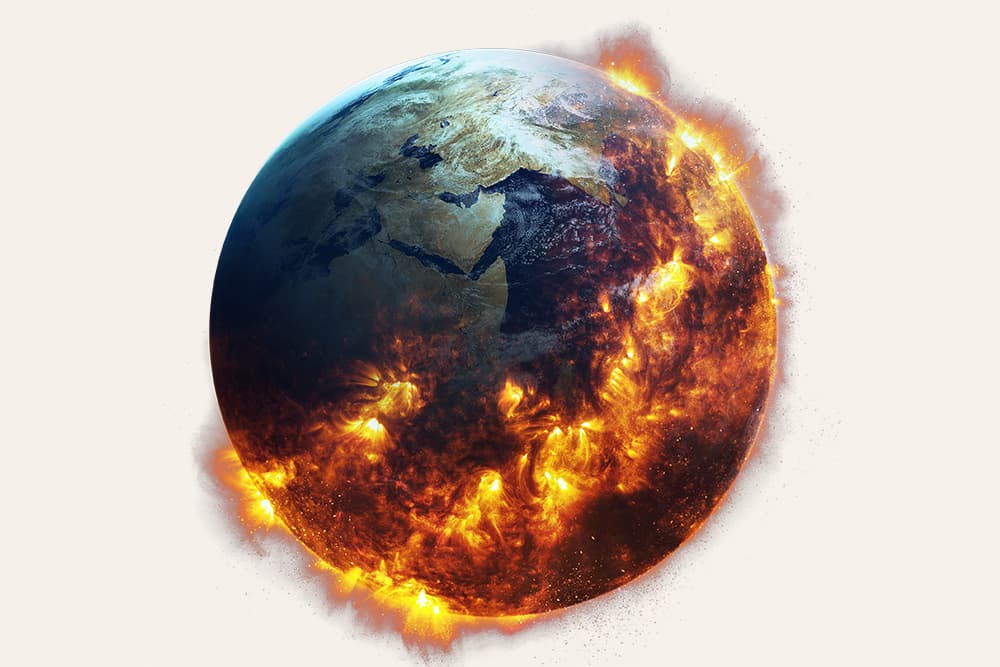 Parts of the Earth May Soon Be Unlivable

Climate experts worry that the warmest parts of the earth may soon become unlivable because of global heating. Research on the tropical regions of the world—from a line that crosses Mexico, Libya, and India down to another line cutting across Brazil, Madagascar, and northern parts of Australia—found that wet-bulb temperature increases of as little as 1.5° C (34.7° F) could be deadly.

The rising temperatures in the tropics are coming close to hitting 35° C in wet-bulb temperature. The result could have an impact on as much as 40 percent of the world’s total population, who live in these areas.

The heating of this earth is no doubt a sign of creation groaning from the effects of sin. Rom. 8:22. One of the seven plagues of judgment mentioned in Revelation 16:9 is the scorching of men with “great heat.” Could global heating be a foreshadow of what is to come?

Should Science Courses That Challenge Evolution Be Noted on Student Transcripts?

In early 2021, a large accrediting association of religious schools (TRACS) applied for recognition to the Council for Higher Education Accreditation (CHEA), a US organization of degree-granting colleges and universities. In this context, a startling Wall Street Journal op-ed appeared recommending that religious schools seeking secular accreditation and that also teach science courses critical of the theory of evolution should only receive secular accreditation if they clearly delineate those courses on their students’ transcripts. According to the author, Joshua Swamidass, a medical doctor and research scientist, these courses are not acceptable for completing accredited science degrees or transferring to secular institutions because they are a “deviation from national norms in science curriculum.”

Whatever Swamidass’s intentions were, his recommendations “would trample on the rights of Christians and on the quality of American science. Diversity of opinion and inclusion of unorthodox perspectives is the indispensable ingredient of good science,” writes Michael Egnor, professor of Neurosurgery and Pediatrics at State University of New York, Stony Brook, and an award-winning brain surgeon.

Egnor added that the shortsighted recommendation “amounts to the ‘cancellation’ of Christian colleges.”

Students who receive adequate scores on national tests should not be “othered” for acquiring their scientific training at schools that uphold a biblical view of origins. In fact, these students are usually required to critically examine the claims of evolutionary theory in their science classes, unlike students from secular universities that are taught evolutionary theory as dogma. The question could be fairly posed, which student would be more prepared to think critically in a scientific environment?

Efforts to exclude and marginalize views that differ from “national academic norms” could quickly spread beyond the theory of evolution to include radical environmental, social, and economic theories hostile to a biblical worldview. Swamidass’s op-ed is a warning and a wake-up call to those who value academic freedom.

Amid critical times in our world’s history, God is doing amazing things behind the scenes to further His kingdom.

David Garrison, author of A Wind in the House of Islam,had the opportunity to travel throughout the world, interviewing more than a thousand Muslims who have become followers of Jesus. Many of these Muslims converted to Christianity and chose to be baptized, even at risk of death at the hands of their communities.

Large movements of Muslims into the Christian faith are incredibly rare in the Islamic community. They happen so infrequently that, according to Garrison, “whenever they occurred, they made church history.” His research revealed that 84 percent of these movements have happened in the past 30 years!

God is at work within the Islamic community, using whatever means necessary—including dreams and visions—to reach those within staunch Muslim countries. About three million Muslims have also made their homes in the United States, providing God’s people with an opportunity to connect and share truth with them. May we continue to seek God’s power to fulfill Matthew 24:14: “And this gospel of the kingdom shall be preached in all the world for a witness unto all nations; and then shall the end come.”

After three years of selling the book When Harry Became Sally: Responding to the Transgender Movement, a respectful critique of the transgender movement, Amazon suddenly pulled it off its website without notice or explanation. The author, Ryan Anderson, only found out when people contacted him and told him they were not able to purchase the book in any format—used, audio, or e-book included.

Anderson, who believes he provided a “thoughtful and accessible presentation of the state of the scientific, medical, philosophical and legal debates” around LGBT issues, feels that his book has been wrongly criticized and censored. But he recognizes that society is trying to suppress anyone who differs from mainstream views on the LGBT movement.

Anderson’s book was pulled the same week that the US House of Representatives tried to pass a radical transgender bill amending the Civil Rights Act of 1964.

The pulling of Anderson’s book has not been the only such case. Books carried by Amazon for a number of years, recounting the stories of transformation in Jesus Christ by those who once identified as LGBT, have also been pulled. Apparently, these books now violate one of Amazon’s content guidelines, which states that Amazon does not sell content that is determined to be “hate speech” or deemed as “inappropriate or offensive.”

“Amazon Removes Scholar’s Trans-Critical Book as Equality Act to Be Voted on in US House,” The Christian Post, christianpost.com, Feb. 23, 2021. 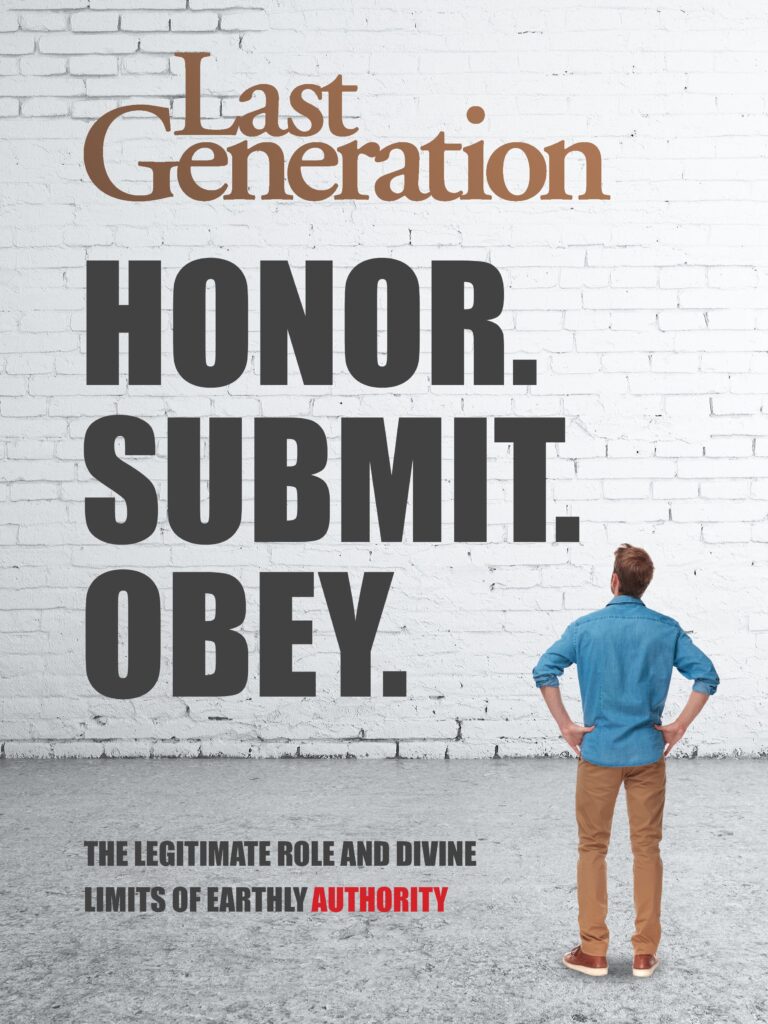 Raising Bread and Children
Whatever Happened to Parental Authority?
Honoring and Adulting
Submitting to Each Other
The Two Swords
The Hero of Hacksaw Ridge
Standing for the Right
A Legacy of Persecution
A New Kind of Prison Ministry
Susanna’s Story
Stepchildren of the Reformation
Why Christians Persecuted Christians
Did You Know Hummingbirds Cry?
The Evening Fast
Lifelines
Civil Disobedience 1571 BC